We offer several types of Blank Wills. A standard will is usually called a “last will and testament.” The will specifies how the person’s assets will be distributed and who will be in charge of the distribution. The standard will is suited for individuals and couples with total assets (including life insurance and retirement plans) of less than the exclusion threshold for the federal estate tax, which is currently $11,580,000 for a single person and $23,160,000 for a married couple.

We offer much more than just standard blanks wills. For most of us, life is anything but standard. We offer wills for the most common everyday situations. The most popular will is for persons who are remarried and have children from one or both marriage(s). 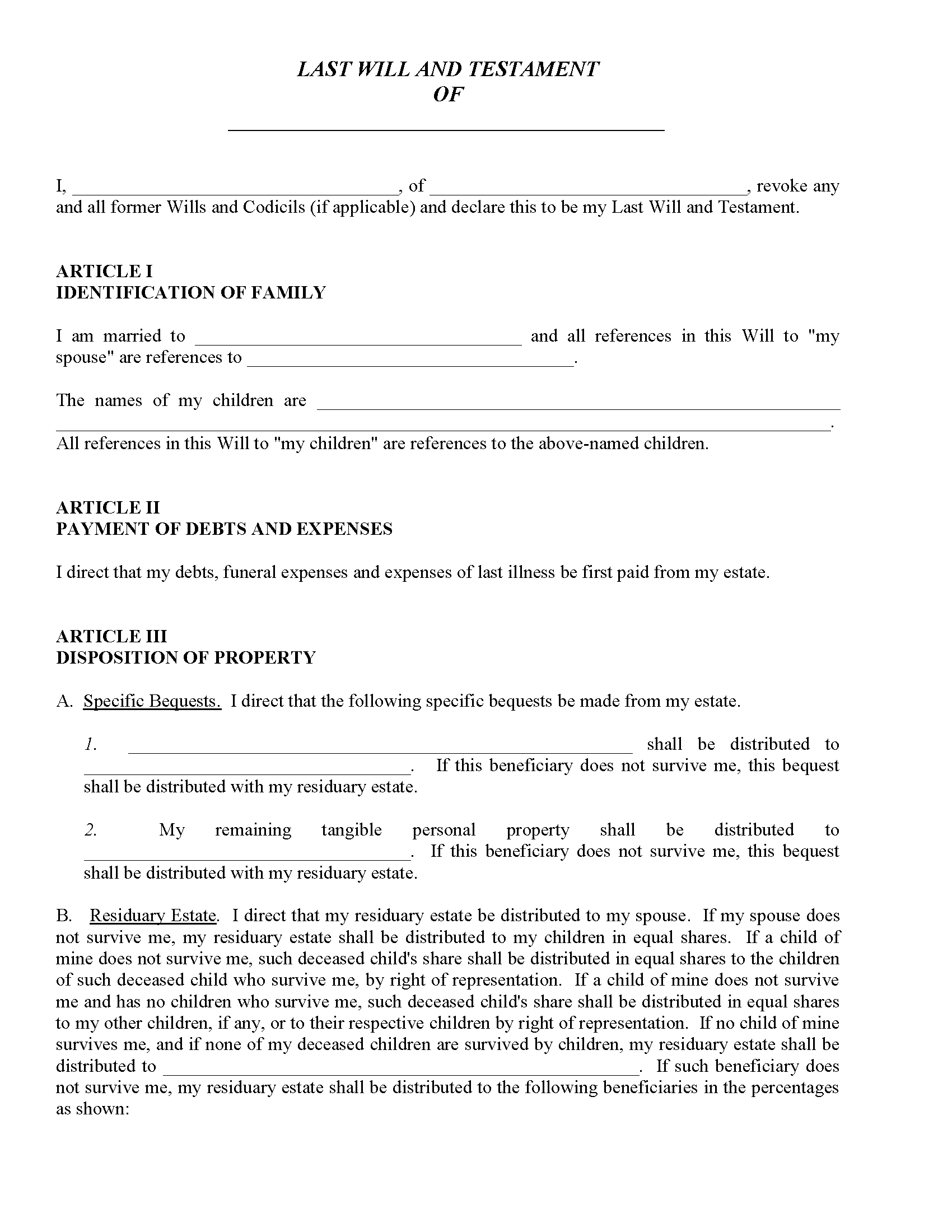 What is a Pour Over will?

Does a will need to be notarized?

How do I change my will?

What happens if I don’t list all of my children in the will?

What is a self-proving will?

Will Signing Requirements By State